This is my Natural Push Pull assignment for school. We had to design, model, rig, and animate a character, having him or her push or pull an object in order to practice body mechanics and weight. Best viewed in HD and fullscreen!


Here's some process work to show how I got here:

First we had to come up with different ideas for character and stories: 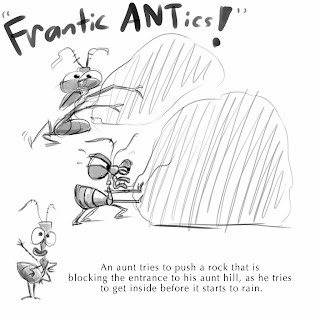 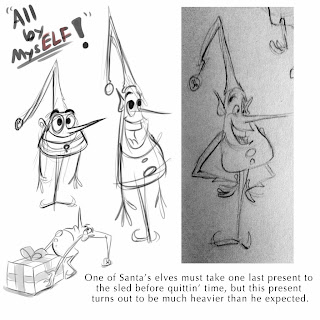 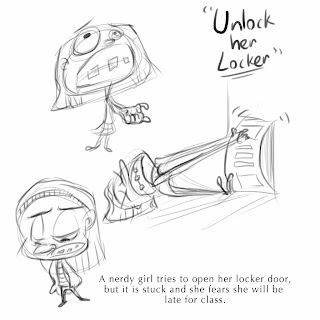 I finally decided to go with the elf. The next step was coming up with a final design and turnaround for the character. As you can see by my reference, I was highly inspired by the cartooniness of The Fairly Oddparents, and the awesome proportions of characters in Despicable Me. 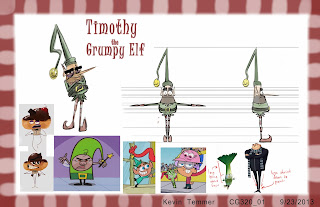 After that came the actual modeling and texturing of the character: 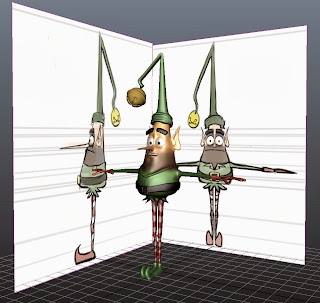 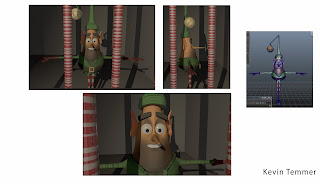 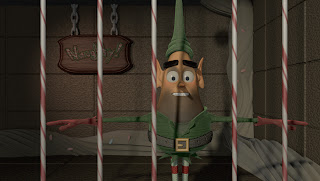 When the model was just about finished, it was then time to start rigging and creating blendshapes. I began testing out my character's facial expressions and rig to make sure I could appeal and clarity: 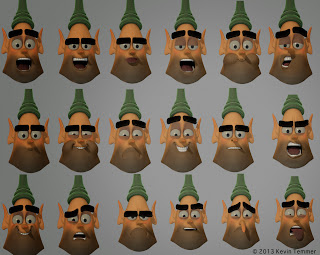 After all of this hard work, it was finally time to start getting a solid plan for the animation, which meant thumbnails and reference! 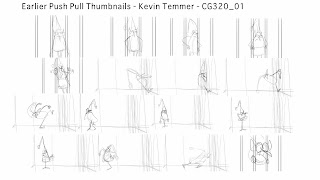 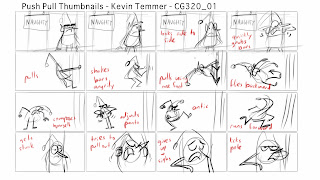 After that, it was all animation. Stay tuned for the Exaggerated Push Pull!